The newly released iPhone 3.2 SDK Beta 3 has revealed even more info on what is to come in the upcoming iPhone OS 3.2/4.0 for iPhone and iPad. In addition to supporting video conferencing through a front facing camera and external LED flash, the new firmware will also include built-in tools which will enable to do basic photo editing like crop and rotate directly on device without any third party app. 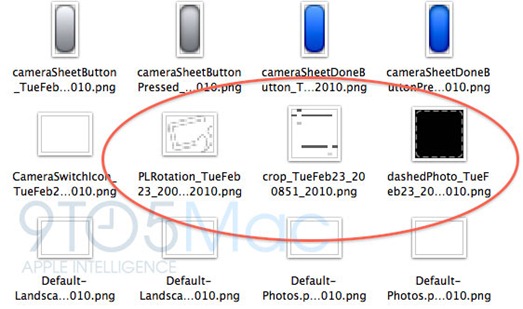 iPhone OS 3.1.3 was released earlier this month which brought some important security and bug fixes for iPhones and iPod touches.

iPhone OS 4.0/3.2 is expected to be released in the last week of March to go concurrently with iPad which will ship in the same timeframe.

The next-gen iPhone is likely to be unveiled at this year’s WWDC conference. It is expected to feature a faster processor, a 5 megapixel camera with LED flash, support for WiFi-N standard and so on.