According to this report from Clayton Morris of Fox News, we’ll see Apple Tablet, the next-gen iPhone software dubbed as “iPhone 4”, and iLife 2010 next week at the special Apple event in San Francisco. The next-generation iPhone 4G however wont be the part of the event. Clayton, who talked to a source at Apple this morning confirms that the January 27th event will mainly focus around these three products. 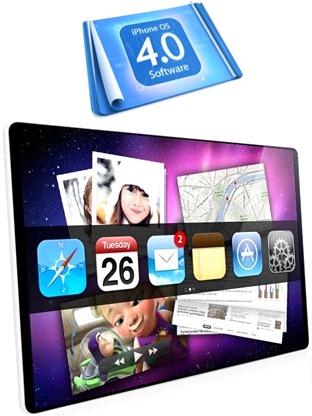 I spoke to a source at Apple this morning, before the invite hit my inbox, who said the event would likely focus on three projects: The tablet device, iPhone 4, and a new round of iLife 2010 software. While we won’t see new iPhone hardware just yet, we will see the next-generation software.

Earlier today, Apple sent out loads of invites via email for the long rumored special event, which is scheduled to be held at 10 AM PST on January 27th, at the Yerba Buena Center for the Arts Theater in San Francisco.

Earlier this month, Apple allegedly asked developers to prepare their apps for more higher resolution displays. The new simulator in iPhone OS 4 SDK is said to be specially designed to make it easier for developers to optimize their current iPhone apps for larger high resolution tablet screens. [via AppleInsider]