Mascone Center’s summer schedule has revealed a “Corporate Event”, which is booked to be held between Monday, June 28, 2010 to Friday July 2, 2010. This is usually the time slot when Apple holds its annual World Wide Developers Conference (WWDC). WWDC event, for the last two years has been home to new iPhone (hardware + software) announcements. 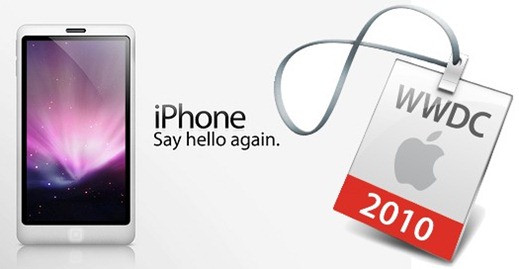 Few weeks ago, we informed you about Foxconn, which was contacted by Apple regarding orders for the next-gen iPhone. For those of you who don’t know, Foxconn is the manufacturer which Apple uses for their various products like the iPhone, Mac Mini and iPod line.

There was also a report from PinchMedia Analytics in which developer Pandav of iBart (a public transportation guide for the San Francisco train system) had a very pleasant surprise to learn. His app was installed and used on a device that identified itself as “iPhone 3,1″. It may be noted that exactly in the same time frame last year, Apple was discovered testing its iPhone 3GS (which is now identified as “iPhone 2,1”) in the San Francisco Bay area.

All these rumors are surely hinting towards a possible summer 2010 release of the next-gen iPhone at WWDC 2010. This next-gen iPhone is rumored to be equipped with a faster processor, will feature at least 5 megapixel camera, support for multi-tasking (like ProSwitcher perhaps?) and other improved functions. [via MacRumors]