A little while ago, Digitimes has published a story stating Foxconn’s screen division Innolux, to supply Apple with a 10-inch screen for its upcoming Tablet. It has further added that the panels are being strength treated by G-Tech Optoelectronics, also a division of Foxconn. Concurrently, Macrumors is quoting Taiwan’s Economic Daily paper, stating that Cheng Uei Precision Industry today has received an order for "connectors" for Apple’s new tablet computer. According to the reports, the company is likely to begin shipping the tablet in the 3rd quarter of 2010. There are even rumors that Apple may sell its tablet computers in two screen sizes, one with 7 inches, and other featuring a 10 inches display. 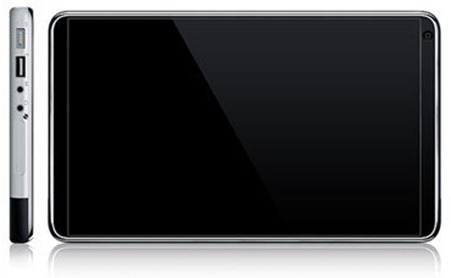 For those of you who don’t know, Foxconn is the same manufacturer which Apple uses for their various other products like the iPhone, Mac Mini and iPod line. An official announcement about it is highly expected to be made on January 26, 2010, at a mega event to be held at Yerba Buena Center for the Arts in San Francisco.