The long awaited Apple iPad was released today, much to the delight of Apple fans who were waiting for Apple to reinvent the tablet/slate market. For those of you who don’t know, iPad is an all new tablet/slate like device that will run all of your existing iPhone Apps and Games on a a 9.7 inches IPS capacitive multitouch display. It is powered by 1Ghz processor and comes in 16GB, 32GB and 64GB flash sizes. More features of the device can be found here. 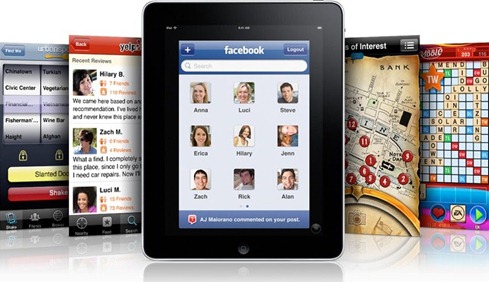 In a nutshell, it is a larger iPod touch with an additional iBooks Store and iWorks suite of apps. While the device has a great potential, it has its share of flaws as well, most notably the lack of multitasking, phone/SMS, Tethering and Flash in the browser. We all know how the jailbroken community has changed the way we use our iPhone’s today. Apps like ProSwitcher, Backgrounder, qTweeter, YourTube, Google Voice, BTStack and so on have enabled iPhone and iPod touch users to do amazing things which otherwise would have never been possible. 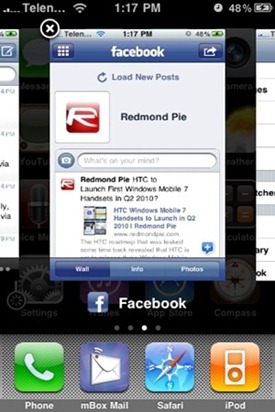 The iPad’s which were used in Demos today was running iPhone OS 3.2 Beta. A version of the OS which is currently only available for iPad. But we can be sure that Apple will release the same OS for iPhone and iPod touches as well when the iPad is ready for shipment, in exactly two months from now. Just imagine the amazing possibilities which jailbreaking can bring to this device. The ability to multitask, updating twitter without having to launch an app using qTweeter, Tethering and the ability to use Magic Mouse with iPad will make it one hell of a device. And also since one of the models of the iPad already has 3G capabilities, it wont be difficult for Cydia developers to bring phone calling / SMS capabilities over-the-air to this larger touchscreen device. Sending text messages from this large screen would be real awesome!

Of course, alot will depend on how strongly apple has patched the exploits which were used by George Hotz and the iPhone Dev-Team to jailbreak iPhone and iPod touch on OS 3.1.2 using blackra1n, PwnageTool, redsn0w, and sn0wbreeze.

Let us know what you think about all this in the comments section below.

You can find our complete coverage on iPad by navigating to this link here or here.

UPDATE 2: Geohot has a working solution for iPhone 3.1.3 / 3.2 on the new baseband and bootrom. Here is a video of it in action.

UPDATE 4: Cydia appears on a jailbroken iPad. More info can be found here.

UPDATE 6: Spirit Jailbreak tool has been Released. You can jailbreak all iDevices including iPhone 3G/3GS, iPod touch 2G/3G and iPad on OS 3.2. iPhone unlockers should stay away!