iPad vs HP Slate – Where Do You Stand in this Mac vs PC War?

Steve Jobs yesterday announced the most awaited and hyped Apple product in recent times – the iPad in his keynote address at the Yerba Buena Center for the Arts in San Francisco. On the other hand, HP Slate was first shown by Steve Ballmer at CES earlier this month. Both type of devices are of same form factor i.e. tablet/slate which many think may decide the future of general purpose computing. 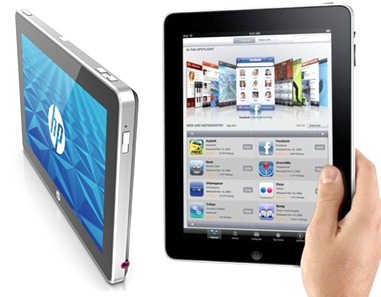 The comparison between these two devices is hence inevitable. Based on all the information that we have gathered about the upcoming Windows 7 powered HP Slate PC, we have placed it against its Mac counterpart – the Apple iPad. Here is how the two Tablet/Slate devices stand against each other. 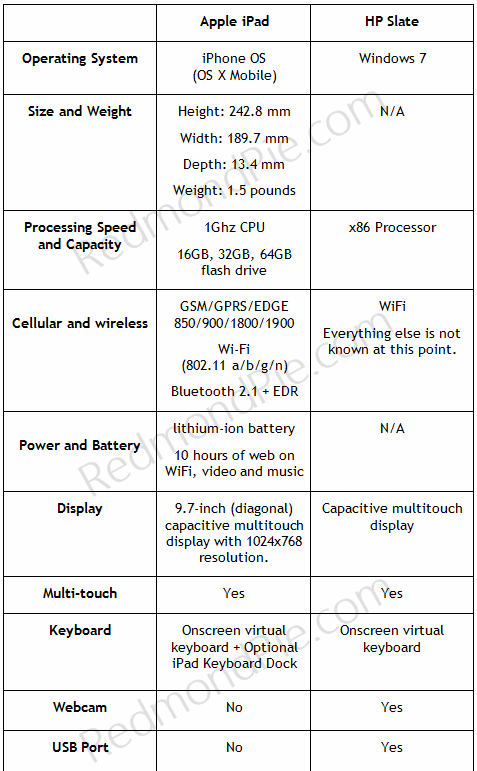 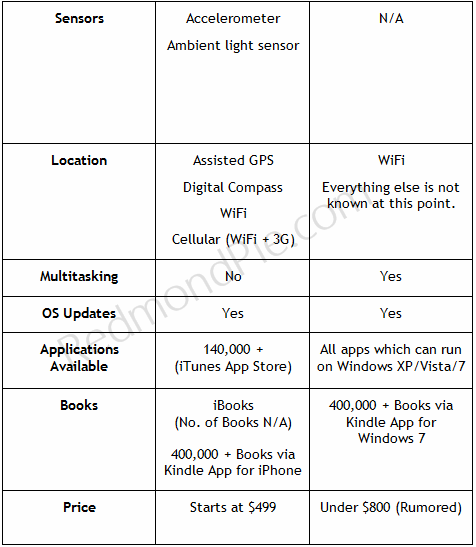 The HP Slate specs listed above may not match the actual product which is scheduled to launch sometime this year. Apple iPad on the other hand will be available in US in March/April, with more broader availability to be made in summer of this year.

So in this upcoming era of this new Slate/Tablet form factor, which one are you going to go for? Mac? or PC? And who do you think is going to come out on top this time around?