HP today has announced TouchSmart tm2, the much awaited follow up to TX2 in their convertible tablet PC lineup. The TouchSmart tm2 is going to be powered by Intel Core 2 Duo processor with monstrous 9 hours of battery life off its standard 6-cell battery. The duo capacitive multitouch touchscreen is compatible to work with both fingers and pen, oh and it will ship with Windows 7 as pre-installed OS. Best of all, like all the new HP notebooks, the TouchSmart tm2 will have aluminum build which is slimmer, lighter and stronger than its predecessor the tx2. 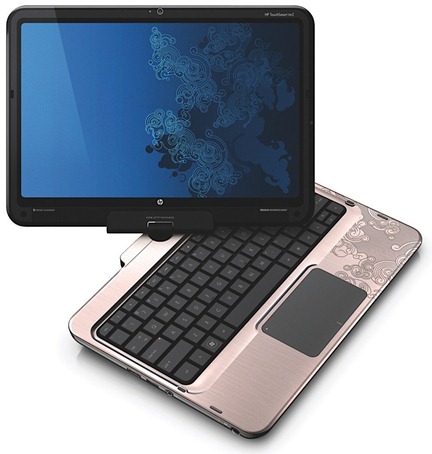 TouchSmart tm2 will feature the new version of HP TouchSmart software which includes touch friendly version of Netflix and an optional 3D desktop for all your touch goodness on Windows 7. You can see it in action in the video embedded below.

HP TouchSmart tm2 was exactly what I was waiting for the last one year or so. Intel processor, aluminum body and hopefully a more responsive multitouch screen than tx2 makes it a must have tablet PC for students and businessmen alike. [via Engadget]

You can follow me on twitter or join our facebook fanpage to keep yourself updated on all the latest from Windows based tablets, notebooks and netbooks.