The developer behind Greenpois0n – p0sixninja has just posted a screenshot of his jailbreaking tool for iPhone and iPod touch which is said to now bring support for jailbreaking iPad. For those of you who don’t know, p0sixninja is a member of Chronic Dev Team and they have now tweeted about accepting donations to help them get an iPad in order to help them jailbreak it. 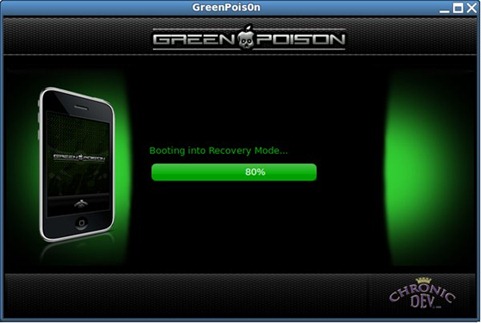 The long awaited Apple iPad was announced in January of this year, much to the delight of Apple fans who were waiting for Apple to reinvent the tablet/slate market. iPad is an all new tablet/slate like device that will run all of your existing iPhone Apps and Games on a a 9.7 inches IPS capacitive multitouch display.

Earlier, we also posted about all the possibilities that a jailbroken iPad could bring. Imagine the ability to multitask, updating twitter without having to launch an app using qTweeter, Tethering, and the ability to use Magic Mouse with iPad will make it one hell of a device. And also since one of the models of the iPad already has 3G capabilities, it wont be difficult for Cydia developers to bring phone calling / SMS capabilities over-the-air to this larger touchscreen device. Sending text messages from this large screen would be real awesome! We all know how the jailbroken community has changed the way we use our iPhone’s today. Apps like ProSwitcher, Backgrounder, qTweeter, YourTube, Google Voice, BTStack and so on have enabled iPhone and iPod touch users to do amazing things which otherwise would have never been possible.

Since Apple has already patched the exploits which were used by George Hotz and the iPhone Dev-Team to jailbreak iPhone and iPod touch on OS 3.1.2 using blackra1n, PwnageTool, redsn0w, a lot will now depend on the newer exploits, which hasn’t been made public yet.

UPDATE 1: P0sixninja has now posted a detailed post on the upcoming version of GreenPois0n, along with a new exploit that they have found for iPhone 3.1.3/3.2/4.0. More info here.

UPDATE 2: Geohot has a working solution for iPhone 3.1.3 / 3.2 on the new baseband and bootrom. Here is a video of it in action.

UPDATE 4: Cydia appears on a jailbroken iPad. More info can be found here.