If you accidently updated to the stock iPhone OS 3.1.3 from iTunes and are locked out, you maybe in with a luck as an unlocking tool is said to be out soon. George Hotz has confirmed via his twitter account that he has a working exploit which can unlock the latest 05.12.01 baseband which Apple bundled when they released iPhone 3.1.3 for iPhone and iPod touch earlier this month. While no ETA was given, judging by his tweet, it may not be too long before we get the updated version of blacksn0w which can unlock 05.12.01 baseband on iPhone 3.1.3 firmware. 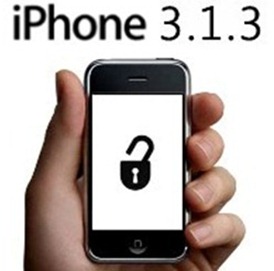 Last week, another iPhone hacker and developer named Sherif Hashim also found an exploit for the latest baseband. This exploit was sent to iPhone Dev-Team and they confirmed that it was working but didn’t give any ETA on when or if they are going to release a tool which is going to unlock iPhone 3.1.3 05.12.01 Baseband for iPhone 3G and 3GS. Maybe they don’t want to waste this all important exploit for this minor update and instead will use it when the major update such as iPhone 3.2 or iPhone 4.0 is released with the next-gen iPhone 4G.

For iPhone 3.1.2 firmware, you can use blackra1n, PwnageTool, redsn0w, sn0wbreeze, ultrasn0w and blacksn0w to jailbreak and unlock your iPhone and iPod touch. [via ihackintosh]

UPDATE 1: Apologies for raising your hope as now it seems like Geohot is not going to release the update to blacksn0w this weekend. “Motorama this weekend” in his tweet referred to an event where he is going to showcase his robot.

UPDATE 3: Geohot has a working solution for iPhone 3.1.3 / 3.2 on the new baseband and bootrom. Here is a video of it in action.