iPhone 4G and iPad to do Video Chat?

Just a few days ago, we posted a conceptual image of next-gen iPhone 4G which had video conferencing and iChat options. And now, 9to5mac has found out strong evidences in the latest iPhone 3.2 SDK for iPad which reveals the possibility of video chat/calling options coming to the future version of iDevices. 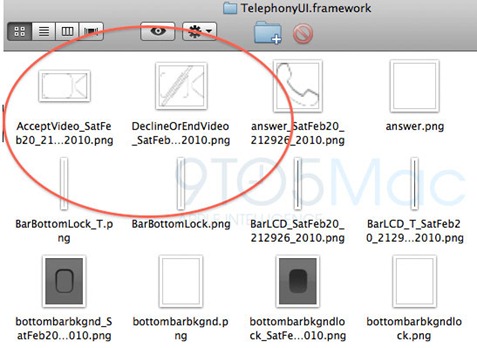 Some files found in TelephonyUI.framework has strings with the term “VideoChat” which clearly indicates that the future version of iPhone and iPad will have video option right in the phone app itself.

iChat is likely going to be the app which will provide this functionality. Some references to “iChat” app can be seen in the screenshot below.