Just came across this next-generation iPhone 4G concept image which shows off a Super AMOLED screen, a front-facing camera for video conferencing via iChat, and an LED Flashlight on the backside for the 5 megapixel camera. We all know how AMOLED screens produces crisp and vivid contrasts compared to the traditional LED displays on iPhones. The recently announced Samsung Wave has gone a step further by introducing Super AMOLED display technology which is an improved version of AMOLED, seen on the devices like Nexus One.

The difference between the traditional LED on iPhone 3GS vs AMOLED display on Nexus One can be seen in the image below. 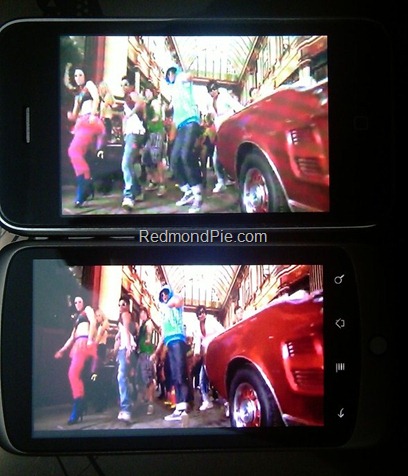 You can clearly see how washed-out the iPhone 3GS display (on top) looks in comparison to the one on Nexus One.

And here is that conceptual next-generation iPhone 4G image with Super AMOLED display, a front facing camera and LED flash. Credit for the image goes to an Italian forum member named Gekino. 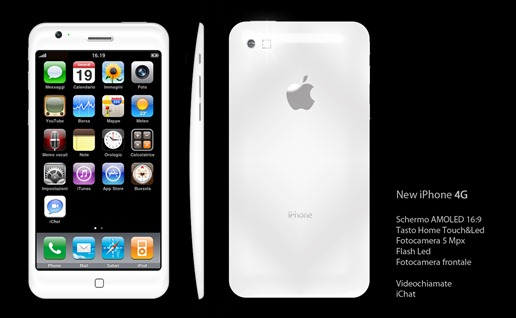 Now if only Steve Jobs and Co. make this a reality for all of us come this June at WWDC 2010, where Apple is expected to announce their next iPhone.

Our complete round-up of all the iPhone 4G rumors can be found here.