Tiger Woods unfortunate actions in the wake of his car accident late last year led to his indefinite absence from golf course which made everything stagnant in the golfing arena in US. Tiger Woods after his prolong silence and disappearance in the wake of his controversy is going to speak again in a press conference. The whole world is waiting for this next huge online video event, where Tiger Woods is set to break his silence on Friday morning with a press conference that will be broadcast live at 11 a.m. ET on Ustream, via the company’s partner CBS News. 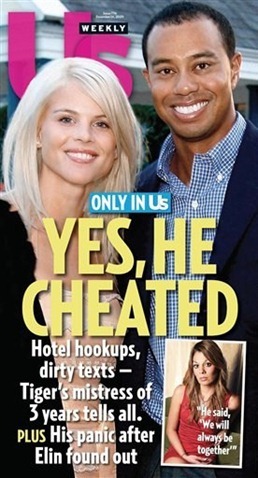 Though the car crash of Woods was not that severe, it was the post accident saga that exposed this top class golf player in the world having illicit relations with Rachel Uchitel, Jaime Grubbs, Jamie Jungers, Kalika Moquin and many others. His position became very vulnerable even at home front especially when lot many pictures were leaked on the web. The superstar was then finally compelled to take a break from golf, for the time being at least. The whole incident turned out to be a big embarrassment for him and severely affected his relations with his wife.  His infidelity was was great disappointment for his fans.

The news of Tiger’s first public appearance since admitting to transgressions back in December broke earlier this afternoon. The golfer’s agent has disclosed to the AP that the event will consist of a small group of friends, colleagues and close associates where Woods will apologize as he talks about the past and what he plans to do next. Tell then we have to wait. [via Mashable]

UPDATE 1: YouTube LIVE link for the broadcast can be found here.