You must have known by now about the entire Tiger Woods scandal which started off when he met with an accident last week. Later the whole story took a controversial turn when Tiger’s alleged affair with Rachel Uchitel was revealed to public. Soon after, a new scandal broke out with another mistress named Jaimee Grubbs, a cocktail waitress, stating that she and Tiger Woods also had an affair which lasted for 31 months or so and they have been indulged in sexual relations as well. The discovery of Woods’ Voicemail recording to Jaimee further strengthened her claim regarding the alleged affair in question.

Rachel Uchitel was also scheduled to hold a press conference regarding her affair with Woods but later she abruptly cancelled the conference due to “unforeseen circumstances”. 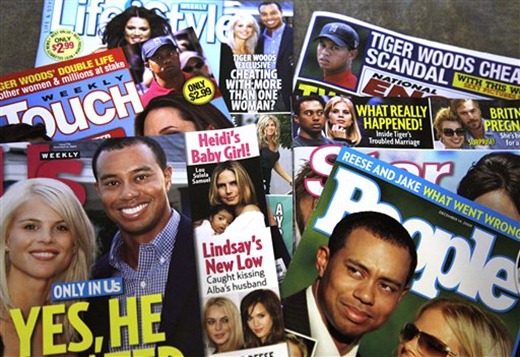 We have been constantly providing you with all the latest scoop regarding this entire story which involves the golf superstar Tiger Woods, his wife Elin Nordegren, and the two alleged mistresses Rachel Uchitel and Jaimee Grubbs which have been linked with Woods for an alleged affair.

Check out the following links for Tiger Woods car crash pictures, his voicemail to Jaimee Grubbs and pictures of Rachel Uchitel and Jaimee Grubbs.