Rumors regarding the next-generation iPhone keeps gaining the moment. A recent rumor from Bloomberg site claims that an analyst, named Robert Chen from Goldman Sachs Groups Inc. in an interview said that the next generation iPhone will feature a 5 megapixel camera, along with a touch sensitive Magic Mouse like shell on the back. Chen, however didn’t cite his sources, neither did he cleared on how exactly is the touch sensitive casing on the back is going to be used or utilized. 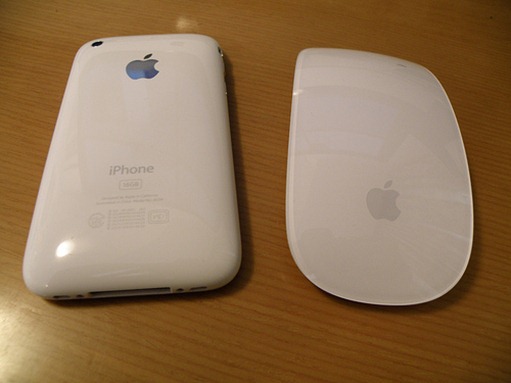 The part in the interview where he talks about a possible Magic Mouse like touch panel on the back of iPhone is as follows.

Apple’s going to put a lot of innovation, not just on the hardware, but also on the software of the new iPhone. The handset will feature a new plastic casing similar to that used for Apple’s touch-panel Magic Mouse released last year.

While we are not sure on whether the next-gen iPhone is going to feature such panel on the back, but the rumor regarding 5 megapixel camera for iPhone coincides with an earlier report where it was stated that OmniVision has secured the contract to provide 5 megapixel CMOS image sensors to Apple for the next generation iPhone. OmniVision was the same company which supplied the 3.2 megapixel CIS for Apple’s iPhone 3GS

Apple is expected to unveil the next-generation iPhone for general availability at the annual WWDC 2010 conference in summer of this year. iPhone 4.0 firmware update is expected to be announced at the January 27th event, which is going to be held at Yerba Buena Center for the Arts in San Francisco. [via The Readers Eye]