Folks over at BGR have got hold of exclusive list of features, which they have been told are confirmed to be a part of the upcoming iPhone 4.0 Firmware. The next iPhone firmware is rumored to be very close, if not same as the OS on the rumored Apple Tablet. It is said to include multitouch gestures OS wide, multitasting (finally yay!), lots of UI changes including a refreshed homescreen! and more syncing options for the native contacts and calendar apps. 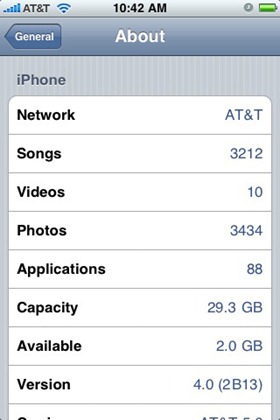 Features, as exactly detailed by the sources at BGR are as follows.

There will be multi-touch gestures OS-wide.

“A few new ways” to run applications in the background — multitasking.

Many graphical and UI changes to make navigating through the OS easier and more efficient. We haven’t had this broken down, but we can only hope for improved notifications, a refreshed homescreen, etc.

The update will supposedly be available for only the iPhone 3G and 3GS, but will “put them ahead in the smartphone market because it will make them more like full-fledged computers” more than any other phone to date. Everyone is “really excited.”

The last piece of information is the most vague, but apparently there will be some brand new syncing ability for the contacts and calendar applications.

Yesterday, Apple sent out loads of invites via email for the long rumored special event, which is scheduled to be held at 10 AM PST on January 27th, at the Yerba Buena Center for the Arts Theater in San Francisco. Apple is highly expected to unveil the long rumored Apple Tablet, the next-gen iPhone software dubbed as “iPhone 4”, and iLife 2010 at this mega event. The next-generation iPhone 4G however wont be the part of the event.