Apple iPad Will be Available for Pre-Order?

Sources close to ModMyI have confirmed that the newly announced iPad will be soon available for Pre-Order. This news bit comes from a close contact of the mentioned source, who seems to be working at either Apple, or a partner store gearing up for the launch of one of the most hyped product from Apple in the recent times. 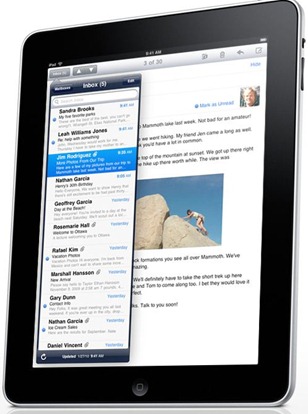 My store manager gave our store a little briefing on the upcoming iPad launch, and he said that customers WILL be able to pre-order and reserve iPad devices. Apple has not announced this yet, or put it in motion. They are waiting until all the correct systems are in place.

The source also claims that the delay of seven weeks before the WiFi model is available in retail is because of the lack of FCC authorization of the said device. The original iPhone was approved by Federal Communications Commission about a month after Apple announced it back in 2007.

Apple iPad was unveiled by Steve Jobs earlier this week in a mega event held at the Yerba Buena Center for the Arts in San Francisco. Since the product hasn’t been approved by FCC yet, it is still subject to some changes:

Some features and applications are not available in all areas. Application availability and pricing are subject to change. This device has not yet been authorized as required by the rules of the Federal Communications Commission. This device is not, and may not be, offered for sale or lease, or sold or leased, until authorization is obtained.

You can find our complete coverage on iPad by navigating to this link here or here.