The birth of iPad on January 27 has created waves all over the tech. world. In a sudden and surprise move, noticed Friday evening by many bloggers, books from Macmillan, one of the largest publishers in the United States, have been removed from Amazon.com. The disappearance came in the wake of a dispute between Amazon.com and different book publishers that have been brewing between them for the last year or so. Macmillan, like other publishers, demanded Amazon to raise the price of electronic books from $9.99 to $15. Amazon expressed its strong disagreement reacted by temporarily removing Macmillan books. If this doesn’t signal the upcoming eBooks/price war between Apple and Amazon? then I wonder what will. 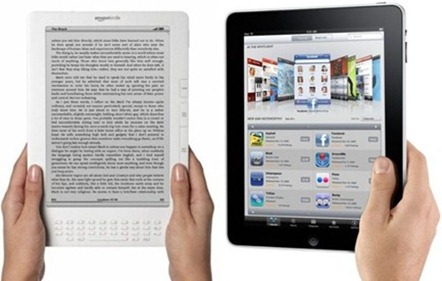 The real cause of the dispute was that the content provider Macmillan wanted more financial control over its content, which Amazon didn’t happen to agree with. Macmillan has now taken head-on the overwhelmingly dominant service provider Amazon by now temporarily selling the content on its own terms.

Steve Jobs has already told some publishers that books in the iBooks store would cost the same as they do for the Kindle, and if WSJ is right about the $15 price point recommended by Apple for publishers, it wont be long before many major publishers like Macmillan starts moving from Amazon’s platform to Apple’s. In either case, this eBooks war seems very interesting and one to really watch out for.

Apple iPad was unveiled by Steve Jobs earlier this week in a mega event held at the Yerba Buena Center for the Arts in San Francisco. [via Gizmodo]