Finally the wait is over, the most anticipated version of the iPad, the iPad 3G, has hit all Apple Stores across the US. Grab yours now before they’re all sold out. 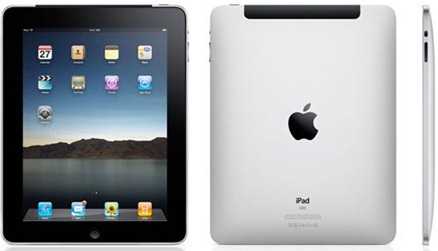 The main difference between the regular WiFi iPad and the iPad 3G is self explanatory by the name – which is the ability to take advantage of the 3G networks and surf the internet in any location which has 3G connectivity! You don’t need to hunt for a good WiFi hotspot to roll on the internet! Whether you’re on a train or a road trip, the 3G iPad will be your wireless internet companion.

The available data package is really awesome! You don’t have to be in contract to use 3G, just use whenever you feel like it, or just simply don’t. Pay your internet usage bills right from your iPad, it’s that simple. In the US, AT&T is offering a really great data plan per month, either you can buy 250MB of bandwidth for $14.99 or buy the unlimited data plan if you’re regular internet user, for just $29.99.

pre-ordering or buying from the store

If you’ve pre-ordered the iPad, then you’ve probably gotten it right now. Or you can hunt for the nearest Apple Store to get your hands on one. Make sure you’re there early when the line is short! Otherwise you’ll miss the chance to get the iPad 3G. So, time is crucial! Steve Jobs confirmed in an email that Best Buy will also stock the iPad 3G on launch day, so find a Best Buy store near your place and get your hands on the iPad 3G. Time for availability is 5PM, so don’t miss it!

The pricing of the iPad 3G are as follows: $629 for the 16GB model, $729 for the 32GB model and $829 for the 64GB model. So you’ll be paying premium for the added 3G support, but trust us, it’s worth it! You’ll be roaming freely with your 3G data plan without worrying about finding a WiFi hotspot.

Head over to the Apple Store online and check out all the accessories available along with all details about them.

On the eve of iPad 3G launch, there are now about 5000 apps already in the App Store which are specially designed and optimized for the larger screen of the iPad. You can also use your favorite iPhone and iPod touch apps on the iPad. Here are a few to get you started.

Make sure you also check out our iPad Apps Gallery to explore more apps for your iPad.

Here’s an unboxing video which will run you through what you get in the box of the iPad 3G along with a demonstration of the Maps app. Like we said before, the only difference is the 3G support, rest is all the same, including the contents you get inside the box.

Both Geohot and iPhone Dev Team have already managed to successfully jailbreak the iPad on OS 3.2. But it will be comex’s Spirit userland jailbreak tool which will be the first to offer public an untethered jailbreak for the iPhone 3.1.3, iPad and iPod touch. The release of Spirit can be expected very soon. Make sure you have grabbed SHSH Blobs for your iDevice beforehand.