The iPhone Dev-Team has managed to jailbreak iPhone OS 4 Beta. Musclenerd, a member of the infamous Dev-Team posted a video proof which showed off a VNC app running on a jailbroken iDevice in action. Video after the jump. 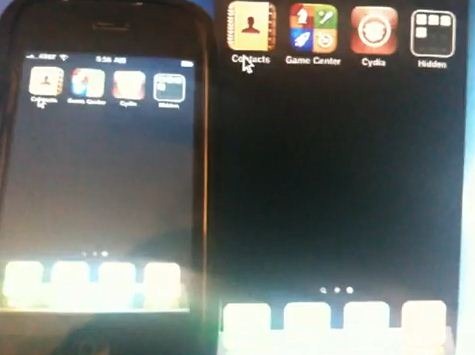 And here is the video which shows it all in action. No ETA (Estimated Time of Arrival) on release.

Apple yesterday unveiled iPhone OS 4 which brought more than 100 new features and over 1500 new APIs for both users and developers respectively. iPhone OS 4 is fully supported on iPhone 3GS and iPod touch 3G. iPhone 3G and iPod touch 2G will run most of the things except for multitasking. An iPad version of iPhone OS 4 is expected to be released this fall.

For iPhone 3.1.2 firmware, you can use blackra1n, PwnageTool, redsn0w, sn0wbreeze, ultrasn0w and blacksn0w to jailbreak and unlock your iPhone and iPod touch. [via Twitter]