iPad Reviews – Not a Laptop Killer, But Pretty Close

First of iPad reviews are now popping up on the Internet. From Wall Street Journal, to USA Today, to PC World, to New York Times, all have great things to say about the product. One thing however most of them have agreed upon is the fact that it is not really a notebook/netbook replacement, but rather a great companion which could do tasks like email, web browsing, music, videos, book reading and so on with great ease. 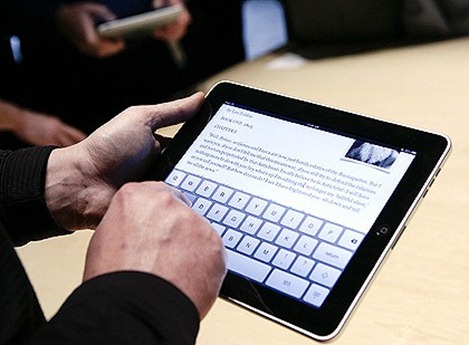 Image via The Sydney Morning Herald

According to The Houston Chronicle’s Bob "Dr. Mac" LeVitus, the iPad creates a new category of mobile devices:

It turns out the iPad isn’t as much a laptop replacement as I thought (though it could easily be used as one). Instead, it’s an entirely new category of mobile device. For example, now when I want to surf the Web from the couch or back deck, the iPad is the device I choose. Starbucks? Same thing. Think of the iPad as a new arrow in your technology quiver, an arrow that will often be the best tool for a given task.

I had high expectations for the iPad, and it has met or exceeded most of them.

Mossberg of WSJ found the battery life of the iPad to be exceptional – he got well over the quoted 10 hours. He managed to “watch four feature-length movies, four TV episodes and a video of a 90-minute corporate presentation, before the battery died midway through an episode of The Closer” – all on a single charge! Now that is amazing! His verdict on the iPad is:

So I’ve been using my test iPad heavily day and night, instead of my trusty laptops most of the time. As I got deeper into it, I found the iPad a pleasure to use, and had less and less interest in cracking open my heavier ThinkPad or MacBook. I probably used the laptops about 20% as often as normal, reserving them mainly for writing or editing longer documents, or viewing Web videos in Adobe’s Flash technology, which the iPad doesn’t support, despite its wide popularity online.

If you’re mainly a Web surfer, note-taker, social-networker and emailer, and a consumer of photos, videos, books, periodicals and music—this could be for you. If you need to create or edit giant spreadsheets or long documents, or you have elaborate systems for organizing email, or need to perform video chats, the iPad isn’t going to cut it as your go-to device.

I will be getting mine by the end of this week, we’ll for sure have a review of it, along with some hands-on videos. Stay tuned!