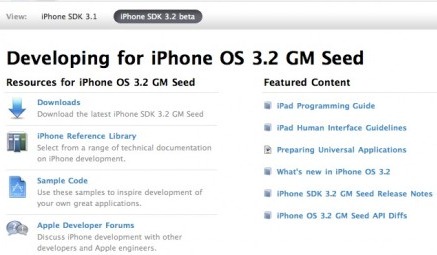 Members enrolled in the iPhone Developer Standard or Enterprise Program can access these bits of iPhone OS 3.2 for iPad by signing into Apple Developer Connection. Beta 3 of the SDK was released last month on February 24th, Beta 2 was released on February 10th, while the first Beta was released back in January when iPad was first officially announced by Apple.

UPDATE 1: End-user licensing agreement for iPad has also been released. This document has info on future OS upgrade for iPad: Download iPad 3.2 Now, Get 4.0 for Free, But Future Updates will Cost You! [Read]