Turn your iPad into iPhone for Making Phone Calls 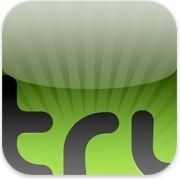 The whole idea behind Truphone for iPad is to turn your iPad into a huge iPhone, though it sounds a bit silly having an iPhone of that size but Truphone takes full advantage of iPad’s built-in speaker and microphone. The iPod touch lacks a built-in mic which required the user to plug in a pair of headphones with a mic, here the iPad has the advantage over the iPod touch.

The software is just ok, we wouldn’t call it out of this world or anything, till there’s no Skype on the horizon for the iPad, this is the only option which every user has for now. For now it’s limited to people sitting in WiFi hot spots and we’re sure the voice experience would be even better with a whole lot of freedom when the 3G iPad comes out later this month. You can visit Truphone’s site and try out the app on your iPad yourself, it’s free!

Check out our iPad Apps Gallery to explore more apps for your iPad. [via CrunchGear]