This will erupt lots of cries and disappointment but this was important to post as I know many of you have been really looking forward to it. The creator of Spirit has posted an update, “now” confirming that he is not going to release his jailbreak tool on Friday (tomorrow). Moreover, he has also deleted his “update” where he said that it was coming this Friday. 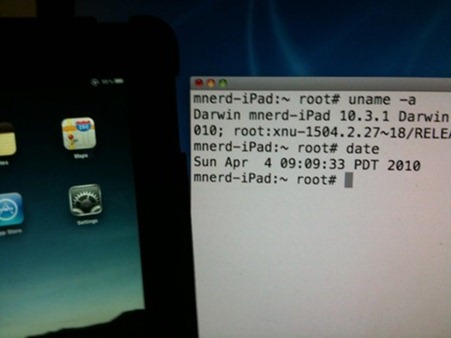 therefore, it is probably better not to release on Friday. (ugh, drama)
23 minutes ago via web

http://bit.ly/xNdBr <- old article, but I didn’t realize just how quickly updates can be made available.
29 minutes ago via web

The decision was made after he read an year old article which detailed on how Apple patched SMS security hole, originally found in iPhone 3.0 by releasing iPhone 3.0.1 only a day after the exploit was found. For those of you who don’t know, Spirit is an untethered jailbreaking tool for all the iDevices including iPhone, iPad and iPod touch. Also to note here is that Spirit doesn’t work out of the browser as previously thought, and neither can it unlock any iDevice. It is a jailbreaking only tool like blackra1n which can jailbreak the stock iPhone 3.1.3, iPad 3.2 on almost all the iDevices – MC/non-MC, new bootrom/old bootrom on iPhone 2G/3G/3GS, iPod touch 1G/2G/3G and iPad/iPad 3G.

It is also important to note here is that “Spirit” is not fake. It has been confirmed as “genuinely working” by iPhone Dev Team, which alongside Geohot is one of the most authentic source of iPhone jailbreaks and unlocks.

After all these release updates and delays, it is hard to pick a specific release date now, but it shouldn’t be too far off. If not this weekend, then maybe next week? well who knows. The jailbreak woes continues..

[Thanks to TimNikolaev and everyone else who sent this in !]