We all thought that the HTC HD3 might be HTC’s first ever Windows Phone 7 handset, but it seems like all that is going to change. A recent leak from mobile operators in the UK shows a new handset named HTC Gold, which is slated to hit stores in November this year, and of course will be powered by Windows Phone 7. 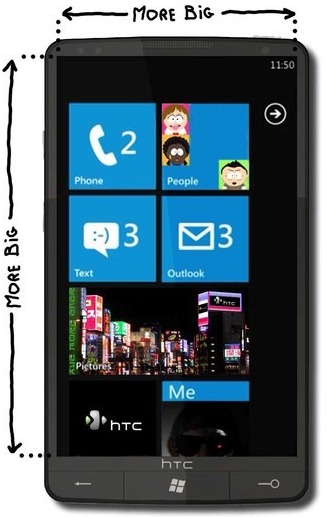 While there are no words on the specs of the device, going by the recent monster of a phones (HTC EVO 4G, HTC Desire, Nexus One, HTC HD2) by HTC, and the minimum hardware requirements set by Microsoft, we can almost certainly predict that it is going to be one hell of a handset. Windows Phone 7 will definitely get the premium treatment just like some of the recent Android handsets by HTC. I for one cant wait for this monster to hit the shelves later this year! What about you? [via WMPowerUser]