iPhone OS 4 vs Android 2.2 vs Windows Phone 7 – The Inevitable Comparison

Google today has unveiled the much awaited Android 2.2 OS at the I/O 2010 conference held in San Francisco. Since this release has brought lots of new features to Android platform, we decided to put it up against the upcoming iPhone OS 4.0 and Microsoft’s Windows Phone 7 to see which one comes out on top. 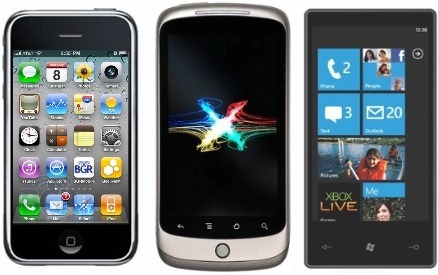 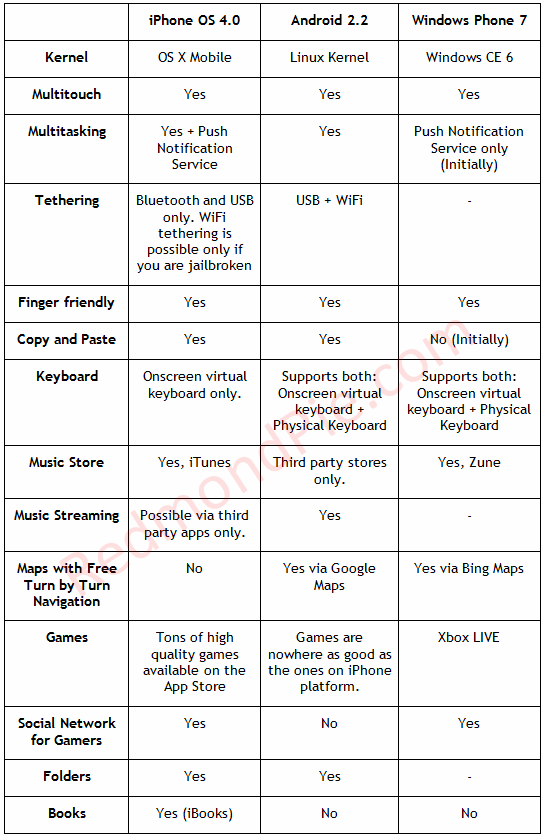 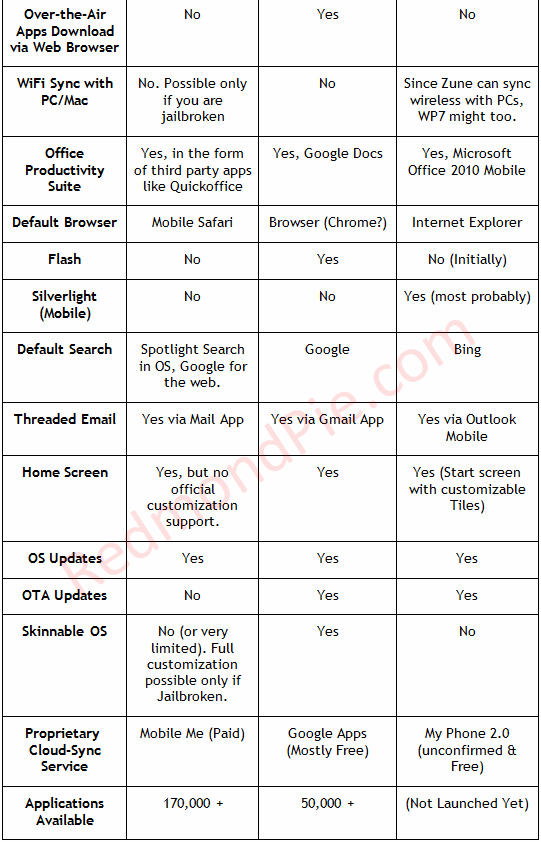 So, which one is your pick of the lot?