Apple yesterday unveiled the new iPhone OS 4 in an event held at their 1-Infinite loop campus in Cupertino. Final version of iPhone 4 will be released for iPhone and iPod touch with the next-gen iPhone at WWDC this year. The biggest question here is that how well does this release of OS stands against Google’s ever-so gaining Android OS, and Redmond’s revamped Windows Phone 7. 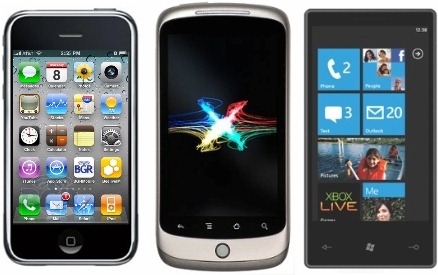 The following head to head comparison between iPhone OS 4, Android 2.1 and Windows Phone 7 will help you answer most of your questions. 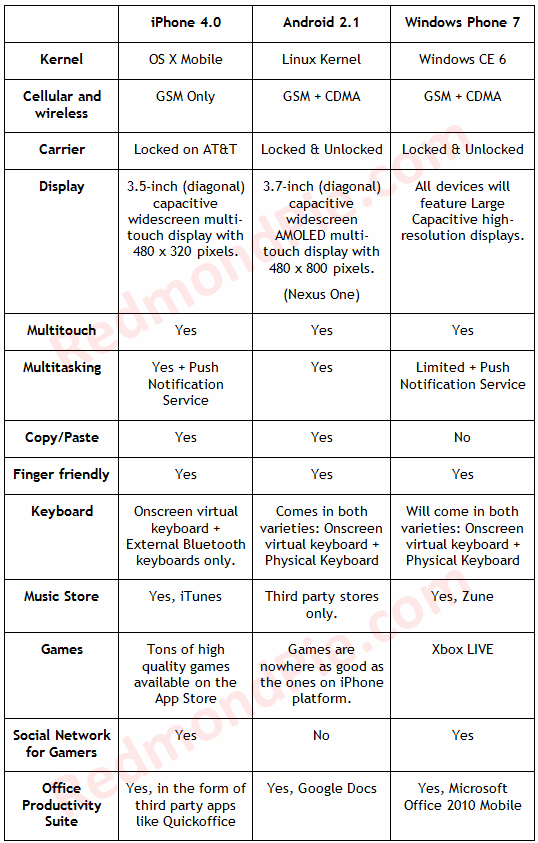 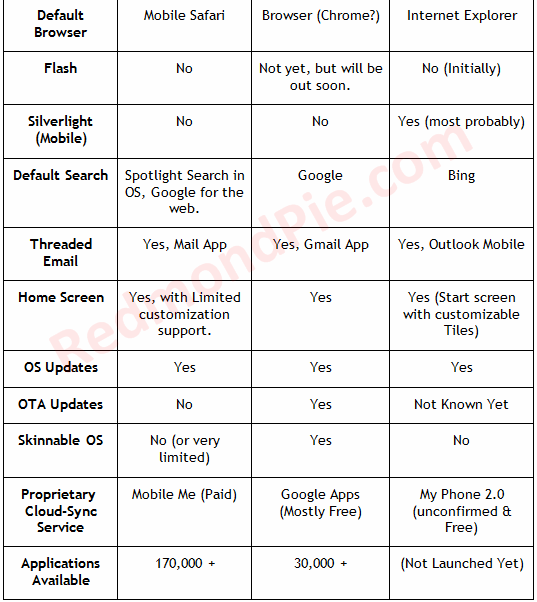 Note: Some of these features listed above for Windows Phone 7 may change when phones are actually released this fall.