Microsoft Chief Executive Officer Steve Ballmer unveiled the next generation of Windows phones called the Windows Phone 7 Series in his keynote address at the Mobile World Congress 2010. These phones are going to feature Zune like UI with full Xbox LIVE integration for rich end-user experience. 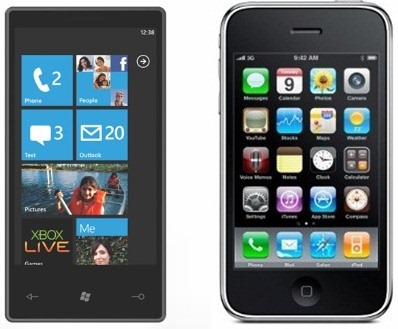 With Windows Phone 7 Series, Microsoft has taken a fresh approach by writing the OS from scratch. The OS in question is now called as Windows Phone OS 7.0 instead of Windows Mobile 7. Unfortunately though, the devices which ships with Windows Phone OS 7 wont be available anytime before Christmas 2010. But when they hit the retail shelves, the comparison of these devices with Apple’s mighty iPhone will be inevitable. Here is how the two mobile operating systems stand against each other. 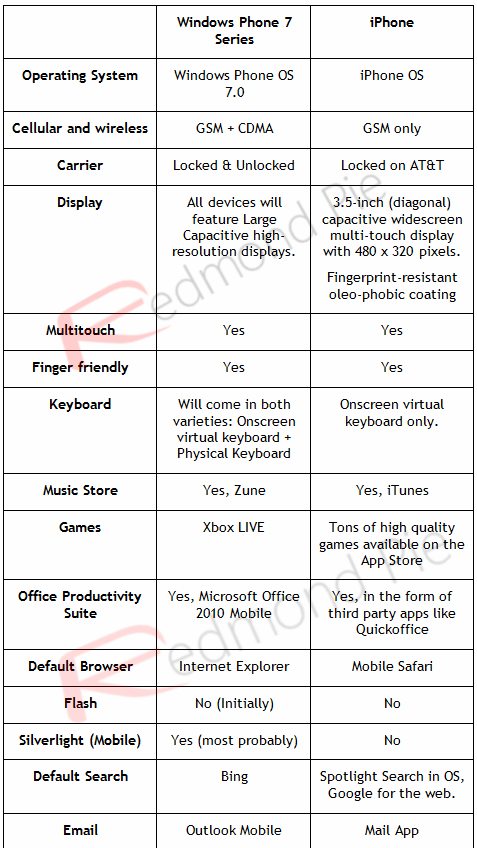 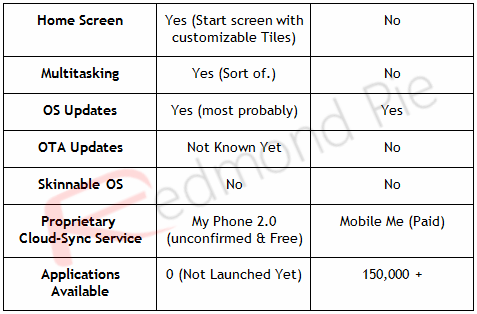 Note: Some of these features listed above for Windows Phone 7 Series may change when phones are actually released this fall.