Windows Mobile 7 / Windows Phone 7 UI has been leaked just a few hours before the official announcement. These shots were captured when the sheets covering these banners were lifted for a very brief moment on Microsoft’s booth at Mobile World Congress. Without any further delay, here is how the latest version of Windows Mobile/Windows Phone is going to look like. 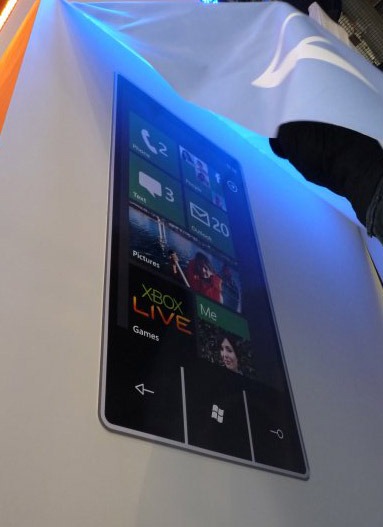 Microsoft CEO Steve Ballmer will be hosting a press conference at MWC 2010 at 6 AM PST (Pacific Standard Time) today to officially unveil the said Mobile OS. This conference will be broadcasted LIVE as a webcast. Live Streaming links for the webcast and timing info can be found here. [via Engadget]