Carrier Unlock for AT&T iPhone 4 is Only a Step Away! [Video]

The most vocal of all iPhone Dev Team members – MuscleNerd today updated on the whole iPhone 4 unlock situation which he has been working on with @planetbeing (of Android port for iPhone fame). For those of you who don’t know, carrier unlock for US iPhone 4s on AT&T requires complete rewrite of ultrasn0w software because of the new baseband OS in iPhone 4. According to a recently published report on ModMyi Forums. 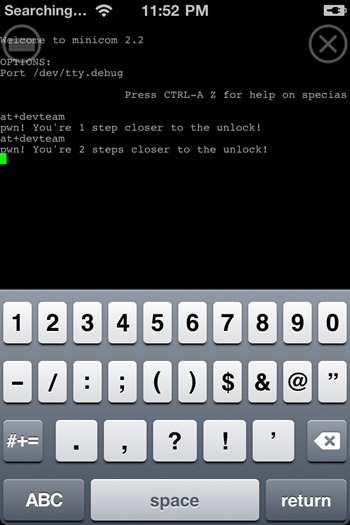 After almost a week of hard work, they are now a step closer to getting iPhone 4 fully unlocked so that you can use it on any carrier you like.

Next step is to keep the task backgrounded like we did for 3G/3GS http://is.gd/dh7Jh. Backgrounded task is the unlock.

And here are some of the videos which shows 3G baseband tool, and persistent nucleus tasks in action.

Also, since the the next version of Spirit like all iOS device userland jailbreak is ready, it is right time to get the unlock ready too, just in time for that “Pwnage Day” release when Apple pushes the next firmware update i.e. iOS 4.0.1 / 4.1 for iPhone 4, iPhone 3GS and 3G. Stay tuned as will let you know whenever these new tools are available for primetime use! [via Twitter]