By now, most of you might have heard rumors about the iOS 4.0.1 firmware update which Apple is preparing to release tomorrow in order to fix the ongoing reception issue on iPhone 4. Even though the issue is most likely related to the hardware, the buzz is that Apple is preparing a software fix in order to avoid (Apple sold 1.5 million iPhone 4s on the first day) what could be the biggest recall in the history of consumer electronics. 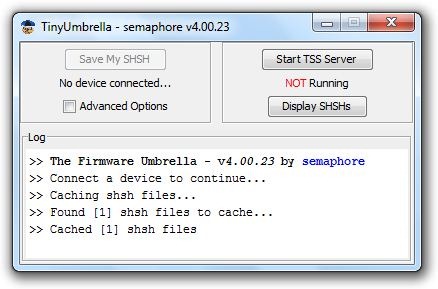 All iPhone 4, iPhone 3GS, iPhone 3G, iPod touch 2G/3G users on iOS 4 must backup their SHSH blobs (ECID SHSH) files now. This is important because if the new firmware update is released tomorrow, Apple will stop signing the old firmware which will make it impossible for you to backup your signatures. Without having SHSH blobs saved, you cant downgrade back to the old firmware should you need to.

If you want to learn more about what SHSH blobs or ECID SHSH files are, you can do so by reading one of my old article posted here.