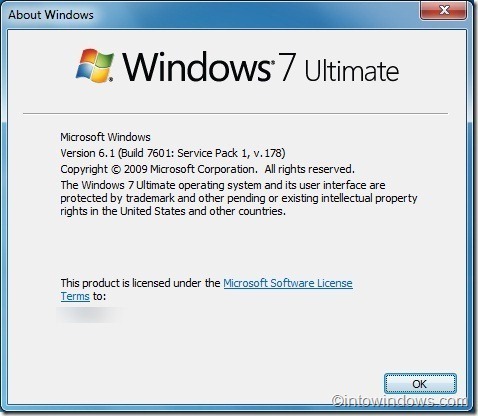 Like most of the Service Packs for Microsoft Windows, this one follows in the same direction, containing all the security and recommended updates that you would usually receive through Windows Update. In terms of new features, this build doesn’t offer that much for now, but it has a few minor bug fixes over the previous build. Available in both 32 and 64 bit, the hashes for the leaked build are as follows.

At the moment, we don’t know for sure what major changes will Service Pack 1 bring to Windows 7, apart from the usual bug fixes. The greatest beneficiaries of it will be Windows Server 2008 R2 users.

Windows 7 RTM was announced back in July 2009. It is publicly available since the official launch, which was held on October 22nd 2009. Check out our Windows 7 Center for the complete coverage on the latest client version of Windows. [via IntoWindows, BlogsDNA]