Despite all the problems, the new iPhone 4 has broken all the sales record for Apple. After selling 1.5 Million iPhone 4’s right on the first day of the release, this morning, Apple confirmed via press release that they have managed to sell over 1.7 Million iPhone 4’s in just three days of its launch. On this occasion, Apple CEO Steve Jobs called it the most successful Apple product ever. 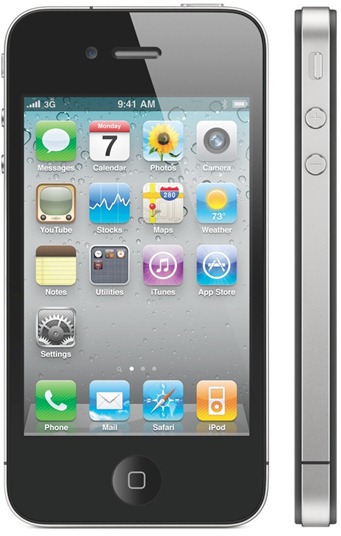 This is the most successful product launch in Apple’s history. Even so, we apologize to those customers who were turned away because we did not have enough supply.

Selling 1.7 Million devices in just three days of launch speaks for the device itself. In last quarter (Q2 2010), Apple sold 8.75 Million iPhones which resulted in 13.5 Billion dollars in revenue.

Full press release is as follows.

CUPERTINO, Calif., June 28 /PRNewswire-FirstCall/ — Apple® today announced that it has sold over 1.7 million of its iPhone® 4 through Saturday, June 26, just three days after its launch on June 24. The new iPhone 4 features FaceTime®, which makes video calling as easy as one tap, and Apple’s new Retina display, the highest resolution display ever built into a phone, resulting in stunning text, images and video.

"This is the most successful product launch in Apple’s history," said Steve Jobs, Apple’s CEO. "Even so, we apologize to those customers who were turned away because we did not have enough supply."

iPhone 4 also features a 5 megapixel camera with LED flash, HD 720p video recording, Apple’s A4 processor, a 3-axis gyro and up to 40 percent longer talk time—in a beautiful all-new design of glass and stainless steel that is the thinnest smartphone in the world.

iPhone 4 is available in the US for a suggested retail price of $199 (US)* for the 16GB model and $299 (US) for the 32GB model in both Apple and AT&T’s retail and online stores, Best Buy, Radio Shack and Wal-Mart stores. iPhone 4 is also available in the UK, France, Germany and Japan and will be available in an additional 18 countries by the end of July—Australia, Austria, Belgium, Canada, Denmark, Finland, Hong Kong, Ireland, Italy, Luxembourg, Netherlands, Norway, New Zealand, Singapore, South Korea, Spain, Sweden and Switzerland.

iPhone 4 was announced at WWDC 10 by Steve Jobs in front of packed audience at Moscone Center, San Francisco. This release without a doubt is a significant jump in the iPhone line-up since its introduction back in 2007. [via TechCrunch]