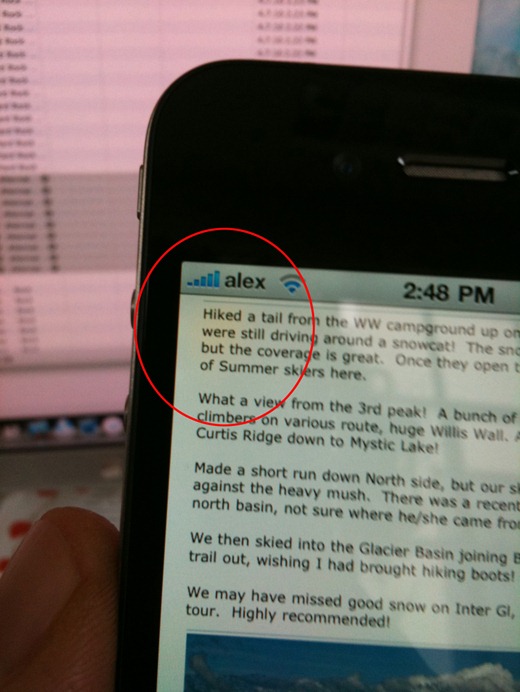 There is still no official word from Apple on the issue yet, but according to Apple store technicians, this is due to the residue left from the the manufacturing process which was rushed to meet shipment deadline, and will dry out to clear up the screen within a couple of days of use. 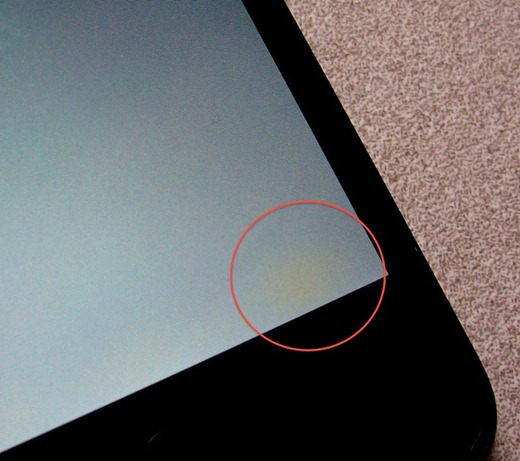 Explanation of the problem by a reader on AppleInsider Forums:

Apple is using a bonding agent called Organofunctional Silane Z-6011 to bond the layers of glass. Apparently, Apple (or more likely Foxconn) is shipping these products so quickly that the evaporation process is not complete. However, after one or two days of use, especially with the screen on, will complete the evaporation process and the yellow "blotches" will disappear.
How do I know? I was involved in pitching Z-6011 to Apple.

Explanation by a reader on Gizmodo:

I too have the yellow discoloration on the bottom of my new iPhone 4 screen.

I called Apple and they guy told me that it is residue from the manufacturing process and that they rushed the shipments out to hit deadline. He also told me that its just because the residue is not dry fully yet and it should clear up within a couple of days.

So there you go! If you just got an iPhone 4 and have this issue, just wait for a couple of days to see if the display goes back to normal. If not, just take back to the Apple store and ask for a replacement. [via BlogsDNA]