Inside Apple iPhone 4 – Teardown in Pictures

iPhone 4 has arrived in iFixit lab and with no surprises, they have taken it down for a full dissection of Apple’s newly released device. The teardown has confirmed that iPhone 4 houses 512MB RAM instead of 256MB found in leaked prototypes, the front glass panel (Retina Display) of the iPhone 4 is constructed of Corning Gorilla Glass to protect it from wear and tear, and there is also a second microphone for voice cancellation just like the one found in Google Nexus One.

The world’s most wanted device is now in the hands of the world’s most foremost tinkerers! The all-new iPhone 4 features upgrades from the 3GS including:

– A redesigned glass & stainless steel body that shaves 3.5 mm off the width and is 3 mm thinner than the 3GS.

– Choice of black or white coloring

– Retina display featuring twice the pixel density of the 3GS

And without any further delay, here is the teardown of iPhone 4 in pictures. 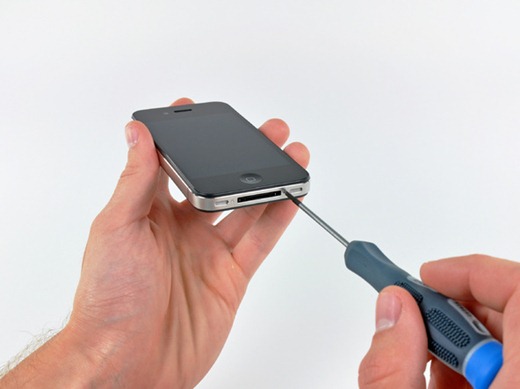 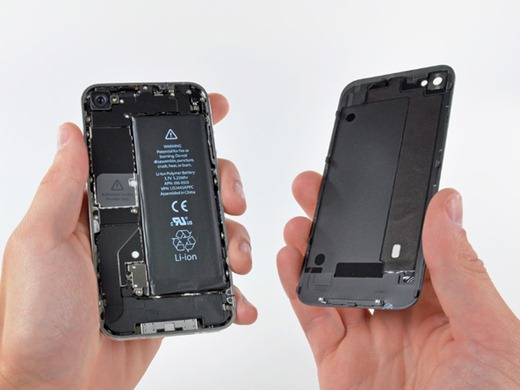 “Removing rear panel gives us a pretty good look at the iPhone 4’s innards. Holy battery! The inside of this thing is dominated by its juice-provider. It’s pretty apparent that real estate was very limited inside the iPhone 4’s 115.2 x 58.6 x 9.3 mm footprint. You can also see the antenna’s pressure contact on the inner side of the rear panel.” 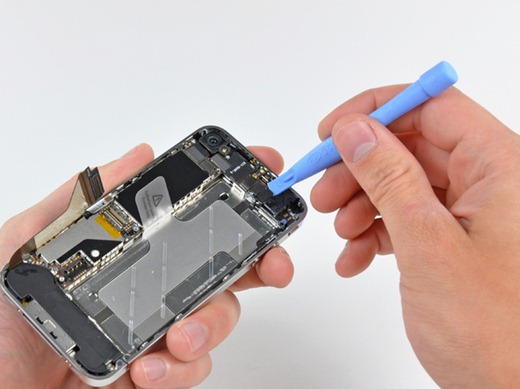 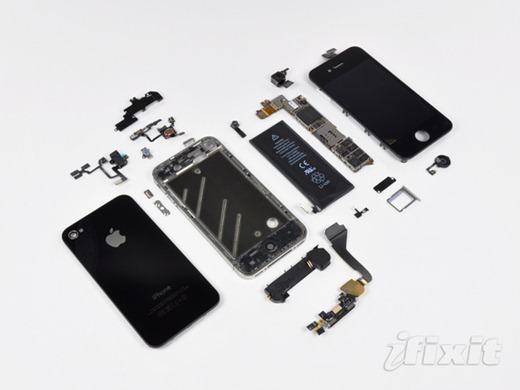 For more details, check out the complete teardown of iPhone 4 at iFixit site here.