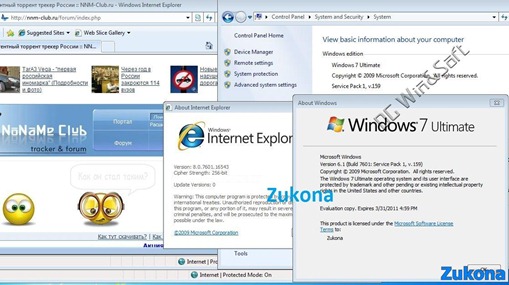 (click here to see the image in full resolution.)

At this point, it is hard to tell on what is new to Windows 7 Service Pack 1 apart from the usual critical updates and security patches. Windows 7 SP1 first made an appearance back in January of this year when screenshots from Build 7600.20500 were first surfaced on the Internet.

Windows 7 RTM was announced back in July 2009. It is publicly available since the official launch, which was held on October 22nd 2009. Check out our Windows 7 Center for the complete coverage on the latest client version of Windows. [via Geeksmack]

UPDATE 1: The build which the folks at Geeksmack has got hold of is 6.1.7601.16537.amd64fre.win7.100327-0053, which according to their sources will be leaked all over the Internet very soon. This build was compiled on 27th March and is slightly older than the build seen in the screenshot above. Thanks Paul for the clarification!