C.K. of SampletheWeb contacted Steve Jobs about the annoying iPhone 4 reception issue which has been plaguing most users who got the device at launch. The official response from Apple was: 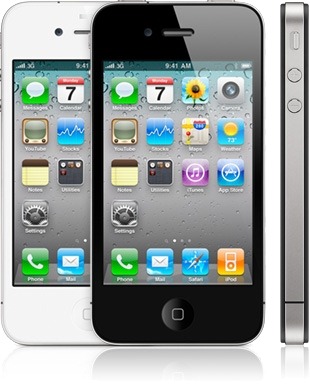 Gripping any mobile phone will result in some attenuation of its antenna performance, with certain places being worse than others depending on the placement of the antennas. This is a fact of life for every wireless phone. If you ever experience this on your iPhone 4, avoid gripping it in the lower left corner in a way that covers both sides of the black strip in the metal band, or simply use one of many available cases.

In an another email which Engadget obtained, Steve Jobs was asked about the same question. Jobs response – “Just avoid holding it in that way”. 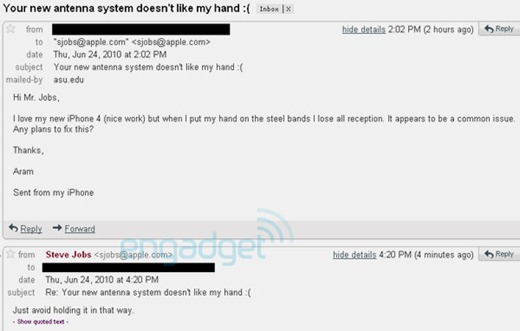 Also, this issue has been there in iPhone 3GS and 3G too, as shown by some of the videos posted here. [via Engadget, SampletheWeb]