Just stumbled upon these concept images of HTC HD3 and thought I should share it with you all. This one, unlike any previous leaks that we have seen looks closer to what could be the real deal come this fall, when Windows Phone 7 Series devices will finally roll out to the masses. 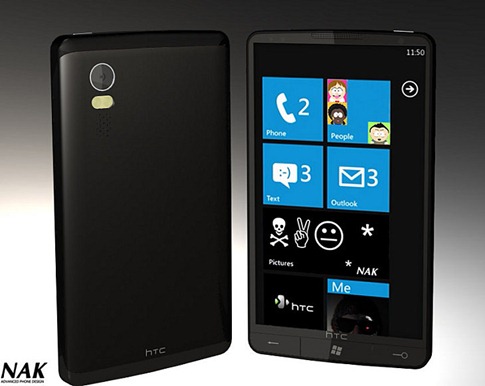 Hardware wise, this phone is said to sport a 1.5Ghz Snapdragon processor with 1GB of RAM and ROM. The built-in 8 megapixels camera will be able to shoot videos at 720p HD resolution. There will also be a front-facing camera for video conferencing, along with the three standard Windows Phone 7 Series buttons: Start, Search and Back. 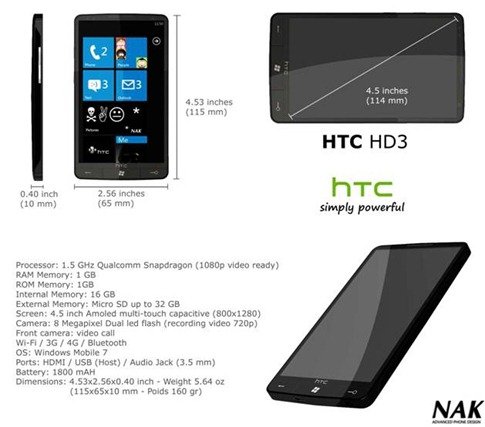 HTC HD2 was released in October last year and was the first Windows phone to feature multi-touch support through HTC Sense (aka HTC TouchFLO 3D 2.5). By the time Windows Phone 7 Series devices are ready, HD2 will already be an year old and it would be a perfect time for HTC to unleash its successor in the form of HD3. If HD3 is anywhere near to these concept images and specs, I’ll be sold. [via Pocketnow]