Today, the second day of MIX10 kicked off in style at the Mandalay Bay Convention Center in Las Vegas. On this day of the conference, Dean Hachamovitch, General Manager for Internet Explorer announced the successor to IE 8, Internet Explorer 9. President of Windows Division Steven Sinofsky also made a guest appearance on stage for the IE 9 demo. 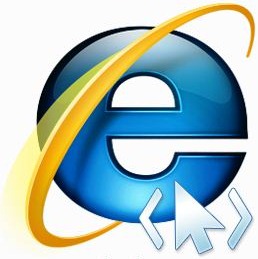 IE, despite all its flaws, has still been the most widely used browser on Windows. With IE 9. the IE team has done a lot of work to take it to a whole new level with all the graphics rendering taking place on the GPU level for HTML5 via the Microsoft DirectX technology. IE 9 has been re-written from the ground up and it takes advantage of the GPU power for all page rendering, and further enables web developers to exploit this power in ways they already understand (CSS, DHTML, JavaScript).

Internet Explorer 9 Platform Preview is now available for download. This Platform Preview is released to basically give developers a sense of how the performance, compatibility and standards support is going to look like, come the final thing. This is not a full fledged (UI bits are not included) browser, and hence is not recommended to be used for regular web browsing. 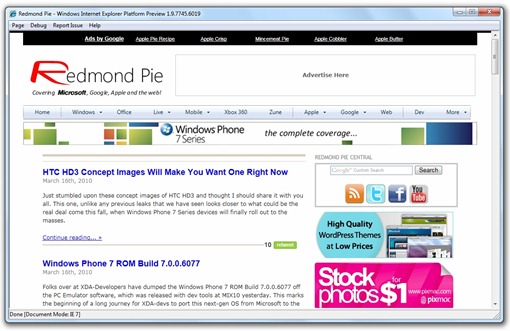