IE Team today on Day 2 of Microsoft Professional Developers Conference (PDC09) unveiled Internet Explorer 9 (aka IE 9) which they have only started working on three weeks, prior to the event today. President of Windows and Windows Live Division, Steven Sinofsky was on stage who demonstrated an early preview build of Internet Explorer 9. 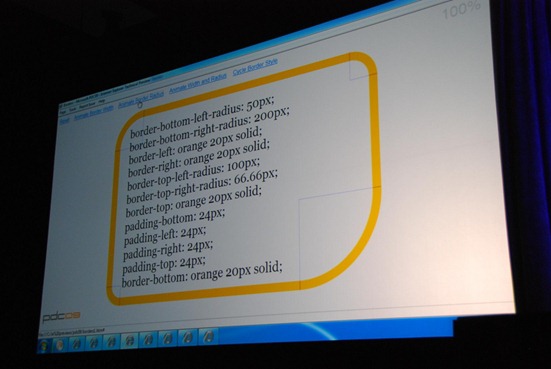 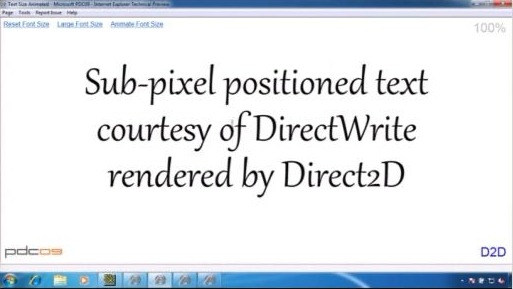 IE is the most widely used browser on Windows and is currently in the oven at Redmond. IE Team is trying to take IE to a whole new level with all the graphic rendering taking place on the GPU via the DirectX technology. IE 9 is going to take advantage of the power of the GPU for all page rendering and, further, enable web developers to exploit this power in ways they already understand (CSS, DHTML, JavaScript).

The increase in performance and smooth rendering in IE 9 is stunning as can be seen in this video below from Channel 9 which was part of Sinofsky’s keynote at PDC.

Microsoft has not given any specific date or timeline on when a Technical Preview of Internet Explorer 9 is going to be available for public download. According to sources at Neowin, the Build of IE 9 which was demonstrated at PDC was labeled 7658.0.091116-1745.