A Chinese site by the name of QQ (QQ.com – English translated version) claims to have got hold of the specifications for the successor to HTC HD2. According to them, HTC HD3 will launch in November 2010 (exactly one year after HD2) and will be powered by Windows Mobile 7. Moreover, it will feature Qualcomm’s 1.5Ghz Snapdragon processor, a 4.5’’ HD display, HDMI port, support for 4G, WiFi and WIMAX, 8 megapixel camera with support for 720p HD recording, 16GB internal memory and 32GB external via microSD card. 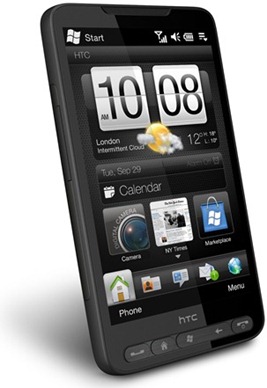 Image shown above is a renderer of HD2, and not HD3.

While the feature set looks too good to be, some of the feature like 1.5Ghz CPU and Windows Mobile 7 looks highly possible. The full specs sheet of HTC HD3 from the source site is as follows. [via pocketnow]