Zune Phone with Windows Mobile 7 to Debut at MWC 2010?

John Starkweather from Microsoft surely couldn’t keep his words when he said: “Microsoft is not building a Zune-specific phone”. A number of speculations took our attention in the last one year or so when Microsoft was rumored to release ‘Pink phones’ with Zune services and an App store. 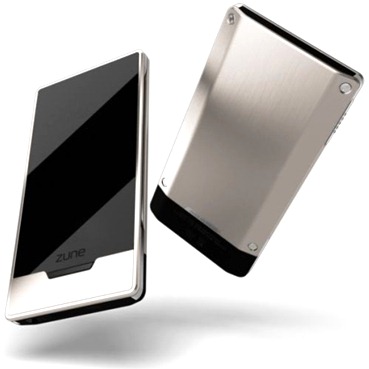 And now to some extent, these rumors have now been reaffirmed by Jefferies & Company analyst Katherine Egbert. According to her, a Zune HD-like phone (with a five-mega pixel camera, 720p HD video and a music subscription/purchasing scheme) will most probably be released in the mid of February by Microsoft. In a note to the clients she wrote:

“Our recent industry checks indicate Microsoft will be debuting its own phone sometime in the next two months…We expect the new phone to debut soon, at either the Feb 15-18 Mobile World Congress conference in Barcelona Spain, or possibly at CTIA in Las Vegas one month later.”

“We don’t have any information about the cost of the Pink phone, nor do we know what service providers might be partnered with Microsoft …Revenue from the phone is also very unlikely to be meaningful for many years,”

"The new phone might explain why Microsoft has allowed WinMo to dwindle to <10% mobile OS market share. Pink would be the ‘third screen’ (after Windows and Xbox) and final component in Microsoft’s ‘3 screens and a cloud’ strategy."

According to Egbert, this device is an outcome of the collaboration between Microsoft and an OEM, quite similar to the partnership between Google and HTC that gave birth to Nexus One.

It is also anticipated that Microsoft will unveil Windows Mobile 7 at the Mobile World Congress (MWC) in Barcelona next month. The device might feature apps for famous social networking sites like twitter and facebook along with integration with Xbox LIVE. According to All things D, the user interface of the phone looks a lot like the one from Zune HD and it will include integration with Zune Marketplace for delivery of music, video and TV shows. [via Neowin]