Apple Tablet May Look Like the First Generation iPhone

Next Wednesday, Apple in its mega event will raise curtains and release its highly anticipated device dubbed as iTablet/iPad or iSlate. According to the sources at Apple Insider, the device will sport that familiar look and feel of the original iPhone which was released back in 2007. It will also have lot many similarities staring from the industrial design down to the handset button and other connectivity components.

To depict what the the final product may look like, a mock-up has surfaced which is said to be strikingly close to the real one, except for that iconic home button of iPhone which is surprisingly missing. 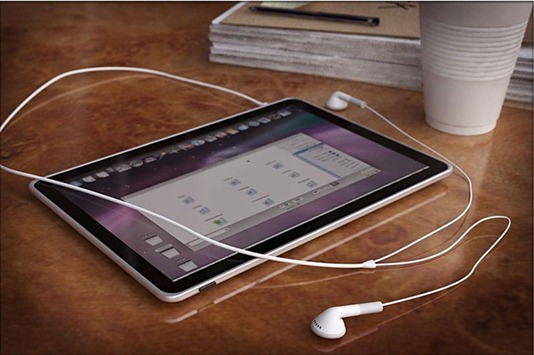 Moreover, it is said to be proportionally thinner than the original iPhone and will sport same buttons as found on the handset like the home button in the center and volume toggle on the sides. Similarly, the Tablet is said to also include in/out connectivity as on the current iPhone 3GS, including a 3.5-mm stereo headphone jack, built-in speaker grills, a microphone, GPS, 3G connectivity and a 30-pin dock connector.

Apple is expected to unveil the said device, along with iPhone OS 4.0 at the special event, which is scheduled to be held at 10 AM PST on January 27th, at the Yerba Buena Center for the Arts Theater in San Francisco. [via Gizmodo]