Apple Tablet to Take on E-Books, E-Magazines and E-Readers

These days, a lot of rumors surrounding Apple iTablet/iSlate like device are flying around in the air. Most of these rumors are centered around its name, features and launch date. And now according to a news story published by CNET, an analyst at AVI Securities has disclosed that the production of Apple’s upcoming Tablet device is in full swing. A research note also stated that the increase in requirement for "NAND" flash chips by Apple is probably due to the production requirements of this Tablet. 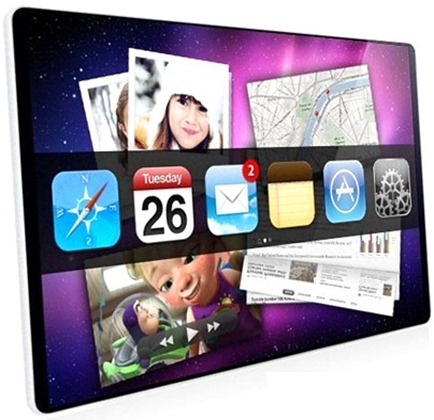 This information comes from the maker, whose components are used in the said device. Analyst Matt Thornton in an interview also said the following.

It’s been in the supply chain for a while and entered full production this month. A couple of suppliers actually had weaker Decembers than they would have expected because production was pushed back a little bit.

The idea of taking on Kindle like e-readers and netbooks surely sound exciting. Matt also disclosed that production for the new Apple tablet is expected in Q1, with annual shipments perhaps reaching 10M units due to the significant increase in Apple NAND requirements.

Apple is expected to announce their much hyped Tablet device on 27th January, at a mega media event, which is going to held at Yerba Buena Center for the Arts in San Francisco.