Here we go again. Another day, another concept video of the upcoming Apple iTablet/iSlate surfaces in the wild. Obviously this isn’t the real deal, just another *fake* mockup by a French site named BeGeek.fr. Thought I would just share it with you all to see the concept of an OS, which is a mixture of OS X and iPhone OS in action. Video after the jump. 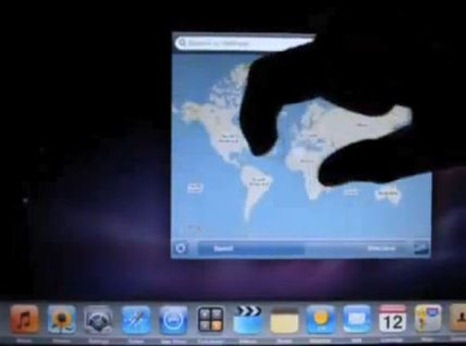 The UI for Tablet OS in this concept video seems to have been inspired by the full version of OS X, with an unlimited scrolling dock at the bottom, and iPhone like apps running like widgets in the background. This concept video isn’t as impressive as the last one, but interesting none the less.

Both, the next version of iPhone OS (Beta most probably), and the Apple Tablet are expected to be unveiled on 27th January, at a mega media event, which is going to held at Yerba Buena Center for the Arts in San Francisco.