Apple Tablet Headed to Verizon in US; Will Include a Docking Station for Keyboard/Mouse

According to the latest round of rumors from TheStreet, Apple will be selling its upcoming iTablet/iSlate/iPad device on a subsidized plan through Verizon Wireless in US. This news comes after confirmed reports which states that Apple has chosen Qualcomm’s wireless chips in its Tablet – which ultimately means that the said device is headed to Verizon instead of their iPhone partner AT&T. 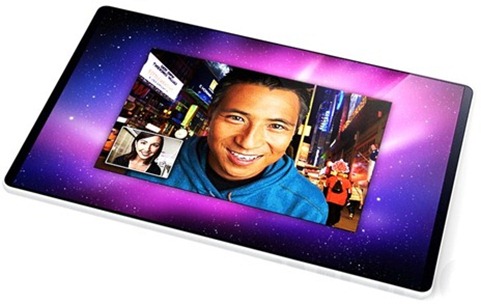 "This makes sense for Apple. It behooves them to build a relationship with a company they haven’t worked with yet.”

Selling the Tablet through a telecom partner like Verizon will also mean low upfront cost for the device just like the iPhone. The Tablet, however would also be available through retail channels.

The report also talks about a possible docking station for the Tablet, which will enable it to connect to a keyboard and mouse; hence making it a full fledged computer on the go.

The Tablet will also include a docking station, according to Northeast Securities’ Kumar. This could be a crucial feature for consumers who harbor an ongoing love affair with keyboards. For those unsatisfied with touchscreen typing, a dock would connect to a keyboard and mouse.

Earlier this week, Apple sent out loads of invites via email for the long rumored special event, which is scheduled to be held at 10 AM PST on January 27th, at the Yerba Buena Center for the Arts Theater in San Francisco. The event is highly expected to unveil the long rumored Apple Tablet, and the new iPhone OS 4.0 firmware for iPhone and iPod touch.