Jailbreak for iPad, iPhone and iPod touch to be Released by the End of April !

P0sixninja – the guy behind greenpois0n has written a detailed post, explaining the current jailbreak situation, detailing on when we can finally expect the first jailbreak for iPhone 3.1.3/3.2, untethered for all the iDevices. His blog post clears out much of the confusions, that many of us are having regarding the uncertainty on release dates for iPhone 3.1.3/3.2 jailbreaking tools.

There are currently three exploits that the jailbreaking community is using to jailbreak all the iDevices. One is with The iPhone Dev-Team which they have already demonstrated, Geohot has got two, one is the same as the one by Chronic Dev Team, which is untethered. Last but not the least, there is “Spirit” – the userland jailbreak by comex. 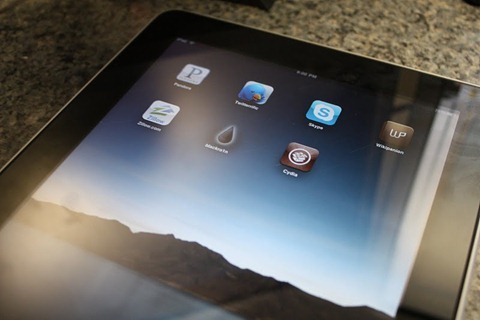 Here is an excerpt p0sixninja’s blog post which explains these mentioned exploits.

It’s still there, and turns out it’s the exact same exploit Geohot demonstrated in his iPod Touch 3g video a few weeks ago, but since that time, there have been quite a few new developments. By now, I’m sure everyone has seen or heard about the userland “spirit” exploit demonstrated by Comex, and which was used to jailbreak the first iPad. This exploit is by far one of the most impressive pieces of work I think this community has seen in quite some time. The only problem with this method of jailbreaking is it can be easily patched by Apple in the next firmware update. Also, since the exploit being used resides in userland, you’re denied access to many of the low level hardware features, including the ability to decrypt firmware keys. iBoot exploits, on the other hand, are much lower level and offer much more freedom to interact directly with the system unrestricted. With the exploit being so much more powerful, we’ve decided it would be wiser to release the “spirit” exploit first and hold onto the iBoot exploit until the next hardware revision.

But after the recent demonstration of Geohot’s iPad jailbreak, all release plans were changed.

Everything was progressing smoothly until yesterday. The boy-wonder Geohot threw a wrench in our gears once again after discovering a NEW exploit that pretty much blows everything we’ve got out of the water. So now we’re forced to reconsider our release plans once again. As of today (I can’t speak for tomorrow, for all I know everything could change again), both the original exploit I posted about earlier and the new “spirit” exploit are probably going to be held off for a little bit longer to avoid being patched by Apple. Also, today I mentioned on my twitter that I can almost guarantee an exploit for 3.1.3/3.2 (all devices, and all models!) before the end of the month. I would strongly advise everyone to keep a close eye on Geohot’s blog for updates in the near future.

To cut the long story short, the userland “Spirit” jailbreak and the first untethered exploit (by both Chronic Dev Team and Geohot) will be put on hold for iPhone OS 4. Geohot is going to be the one to release the first jailbreak for iPhone 3.1.3 / iPhone 3.2 for iPad which will be untethered on all the iDevices (including iPad). We can expect this one to be released as soon as Apple releases iPad 3G to public later this month.