Microsoft today has announced the general availability of Visual Studio 2010 and .NET Framework 4. In a press release today, the company announced that VS2010 and the new .NET Framework 4 will be available for developers after the launch event which is taking place in Las Vegas today. The final version of Silverlight 4 will also be available later this week. 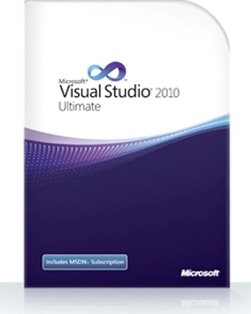 Visual Studio 2010 is a monstrous and the most awaited release which is surely set to have a big impact on Microsoft platform developers in a positive way! The final bits will be available in following SKU’s:

The new release of Visual Studio 2010 has plenty of compelling new features and updates that will make every developer more productive.

· Visual Studio 2010 is a rich, personalized development environment. We know that software developers spend much of their time in the IDE, and features like the new editor and multi-monitor support make your time in Visual Studio more productive and enjoyable.

MSDN subscriber, WebsiteSpark, BizSpark and DreamSpark members will be able to download it on Monday morning. Express editions of VS2010, along with trial versions of all SKUs will also be available for everyone to try.

Don’t forget to watch the official VS2010 and .NET 4 launch event LIVE from Las Vegas at 8:30am PST: http://www.microsoft.com/visualstudio/en-us/watch-it-live

Download links for the final version of VS2010 and .NET 4 will be posted as soon as they go live.

UPDATE 1: The final bits of Visual Studio 2010 are now up for MSDN Subscribers ! Download it from here.