WhatsApp is testing a new feature that will allow people to post polls to a group chat, according to a report.

Available in the latest TestFlight build of WhatsApp that’s now being tested by those who have access to it, the new poll feature was first outed by the folk at WABetaInfo.

According to that report there are few details about how the feature will work, but it will only be available in group chats for obvious reasons — polls aren’t much use when there are only two people to vote!

WhatsApp asks to enter the question of the poll to send in a WhatsApp group. Since the feature is under development, there aren’t other details right now, but this screenshot is a confirmation that WhatsApp is really planning to introduce polls on WhatsApp.
Thanks to polls, you can ask for a question and other people can vote the answer. Note that polls will only be available in WhatsApp groups and they are end-to-end encrypted… even your answers! So only people in the group can see the poll and the results.

There is no indication of when this feature will be made available to everyone and it’s possible that it could be ditched before that even happens. 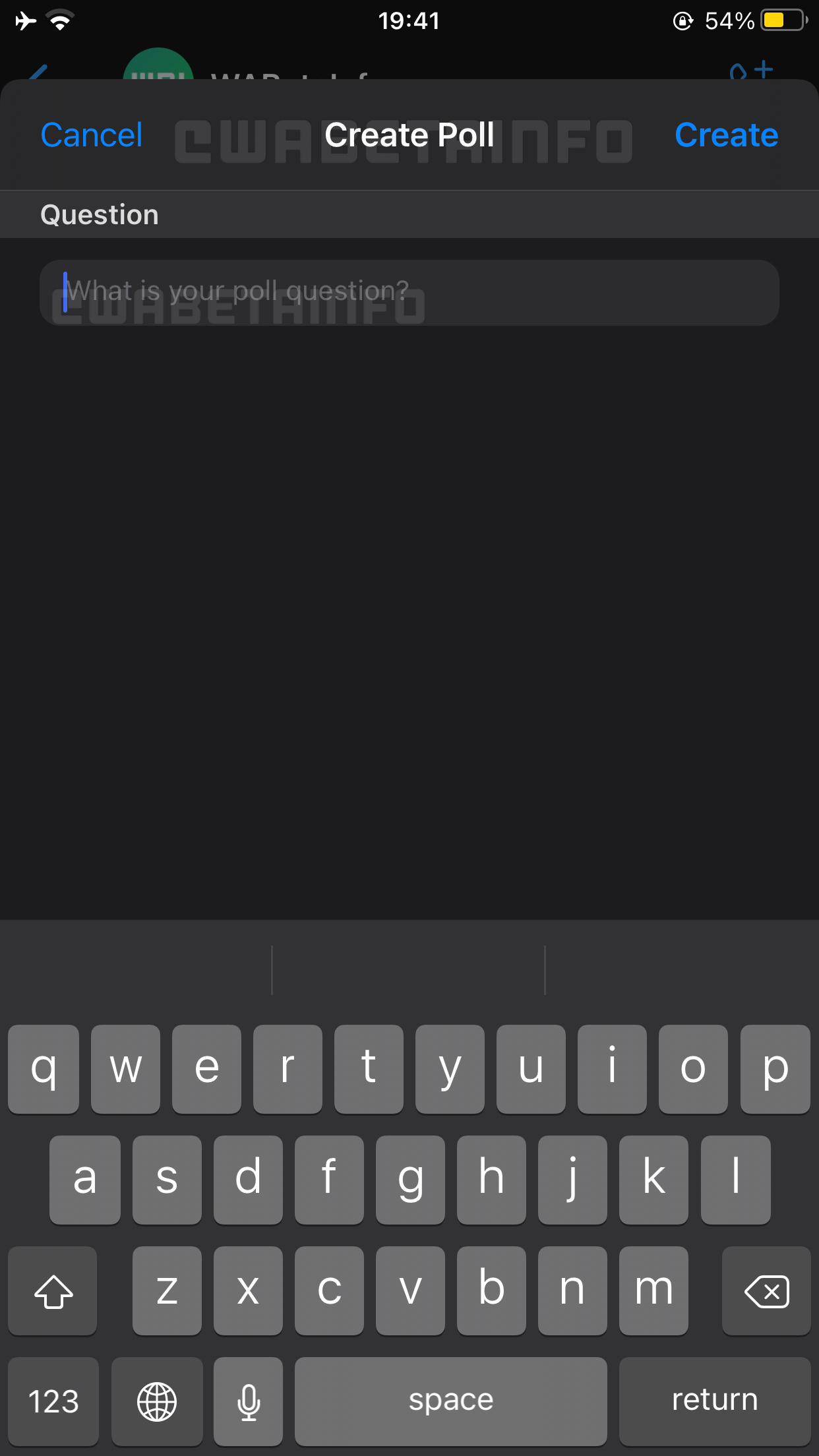 But expectations are high that polls will come to the version of WhatsApp everyone uses — the instant messaging platform is normally pretty good at taking features from betas and rolling them out fully.