iPhone 4.0 Features Roundup – What to Expect?

Apple is all set to unveil iPhone OS 4.0 tomorrow, at an event which will be held at their One Infinite Loop Campus in Cupertino. There has been lots of talk lately about all the different features that might become a part of this major OS release. Here is a compilation of what to expect from iPhone OS 4.0. 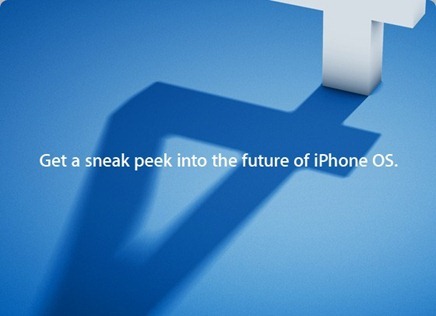 Multitasking: This is one feature that iPhone users have been missing the most, and Apple has been criticized a lot for this, specially since its nearest rival Android has had this for years now. Earlier this week, AppleInsider published a report which said that Expose-like multitasking is coming to iPhone OS 4.0. You can read more about this report here.

Apple iAd: Apple is expected to unveil a new personalized, mobile advertising system that could well be dubbed as the "iAd". According to some executives familiar with the plan, Apple’s CEO Steve Jobs has described the new ad platform as "revolutionary" and "our next big thing". The system is believed to have been built on top of Quattro, the mobile advertising platform that Apple acquired in January for nearly $300 million. You can read more about it here.

Video Calling: In iPhone 3.2 SDK Beta 2 for iPad, 9to5mac site found out strong evidences which hinted towards the possibility of video chat/calling options coming to the future version of iDevices. iChat for iPhone is likely going to be the app which will provide this functionality. You can read more about it here.

Home Screen Contacts: According to a patent application filed by Apple Computer Inc., an upcoming version of iPhone OS could offer contact icons on the home screen. These icons can be used to invoke apps, retrieve and display contacts information, or can be modified to display related info, tied to an individual contact. This patent which was filed back in July 2008 could make an appearance in iPhone OS 4.0. More details on the patent can be found here.

We’ll keep you all updated tomorrow as the event goes LIVE. Bookmark this link for the LIVE coverage of the keynote.

Also check out our complete round-up of all the next-gen iPhone HD/4 rumors by navigating to this link here.