iAd – The ‘Next Big Thing’ for Steve Jobs and Apple?

Rumor has it that Apple is gearing up to announce its "Next big thing" – a new personalized, mobile advertising system that could well be dubbed as the "iAd". The buzz is building coincidently, or may be by design, towards the iPad shipment date, which is April 3rd. According to some executives familiar with the plan, Apple’s CEO Steve Jobs has described the new ad platform as "revolutionary" and "our next big thing". The sources also informed that it will be officially unveiled at Madison Avenue on April 7th – exactly four days after iPad ships. 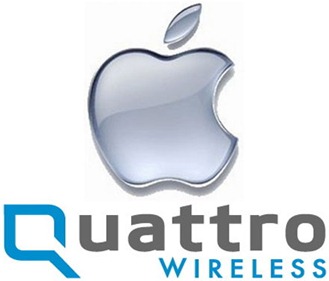 Everyone will be following this very closely. Given the way that Apple is able to package things up, with very slick presentations, it will be interesting to see what they do with that advertising.

The system is believed to have been built on top of Quattro, the mobile advertising platform that Apple acquired in January for nearly $300 million.

Mobile advertising is envisaged by many as Madison Avenue’s next big frontier. Given the the ongoing situation, is this the beginning of Silicon Valley’s new war between the now arch rivals Apple and Google? [via MacRumors]